During winter, I like making pies with baked fruit; strawberry pie, blueberry pie, apple pie and any other pie that spreads aromas of homemade baked goods at home. In the end, the idea remains the same at the level of principle – a crust filled with fruit and more crust on top. Sometimes I replace the dough on top with streusel or crumbs. So, I made an apple crumble pie that spreads the most insane aroma all around the house during baking.

It’s made with a short crust pastry filled with cinnamon-scented apple cubes and lots of golden and crispy crumble on the top.  The combination of flavors and textures is simply irresistible, and if you serve the hot pie with a scoop of ice cream on the side – it’s a real treat. If you like apple pie – do not miss this recipe. 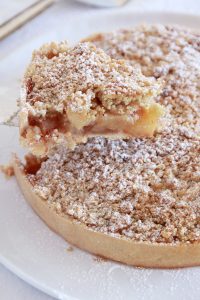 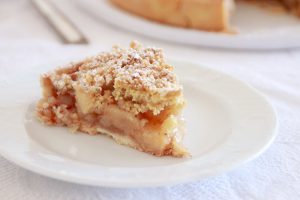 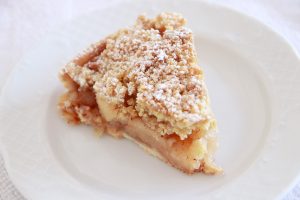 Can also be made with pears | Photo: Natalie Levin

For the apple filling: 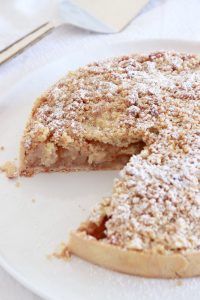 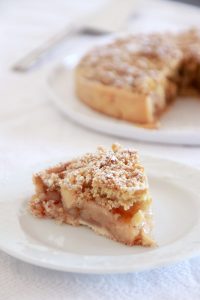