I use cinnamon on a daily basis. As a regular consumer of this fragrant spice, I add cinnamon to my oatmeal in the morning. Sometimes I just mix some cinnamon into plain yogurt. As you understand, cinnamon is definitely one of my favorite flavors in the world. I love the warmth, the taste and the aroma!

As a big fan of cinnamon pastries, I wanted to make a cinnamon roll pound cake. I got excited of the idea of making a cinnamon roll cake that takes only few minutes to make. This is actually a really easy cake to make; you mix everything in a bowl and layer it in a baking pan with cinnamon and sugar combined. Once the cake is baked I glazed it with sugar glaze that made it so pretty and delicious.

If you like cinnamon – you will fall in love with this cake. It is very soft, fragrant, delicate and really easy to prepare. Its assembly in layers creates a sweet look that is a bit reminiscent of cinnamon rolls. Moreover, it disperses the cinnamon wonderfully inside the batter. This is such a great cake for the autumn days that are finally here, and in general. 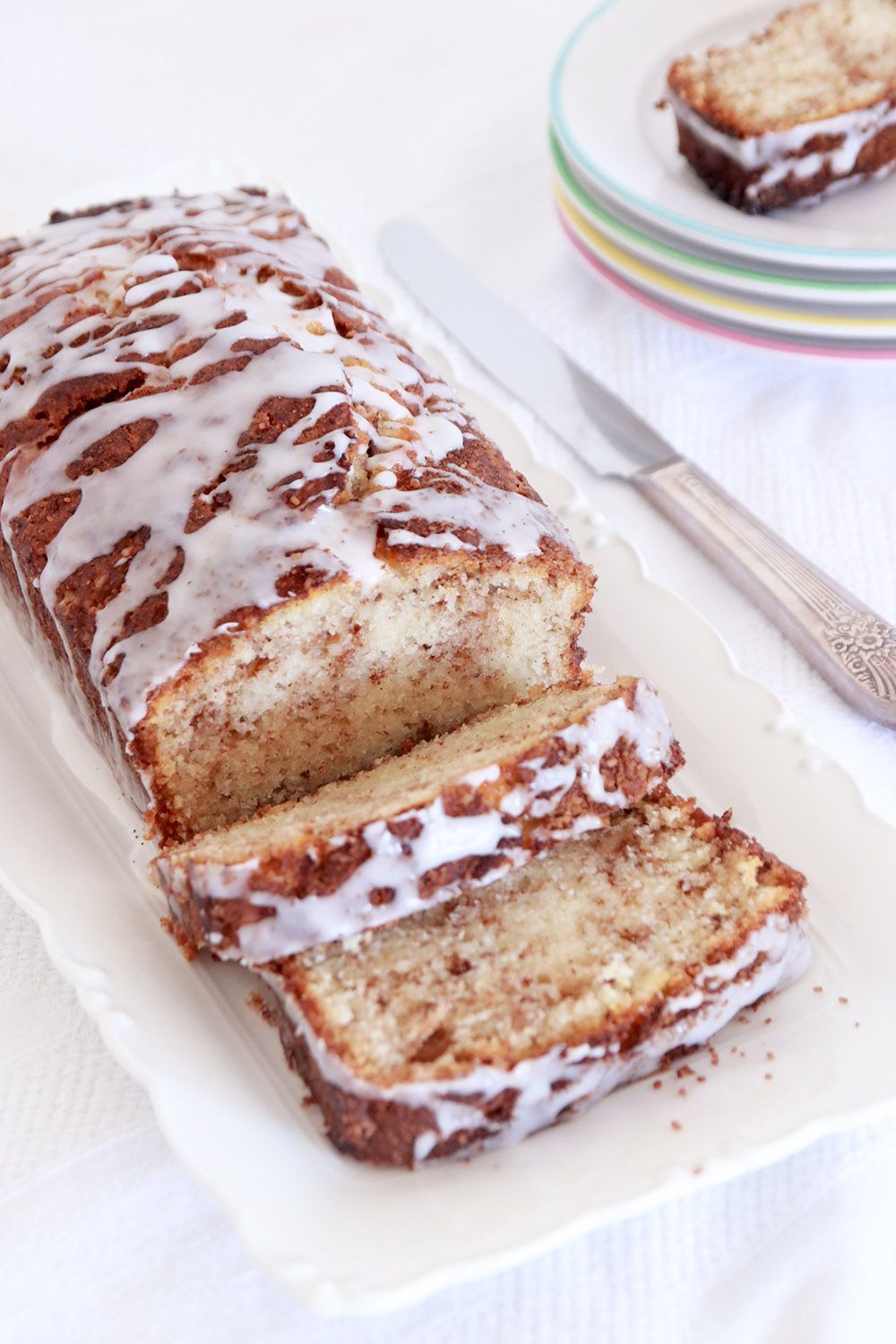 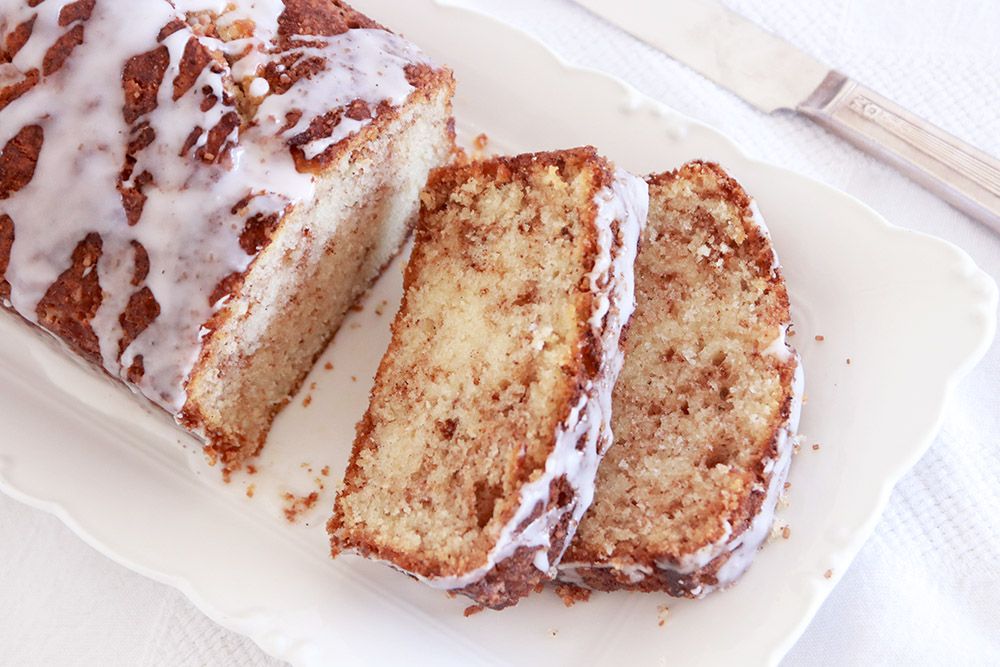 For the sugar glaze: 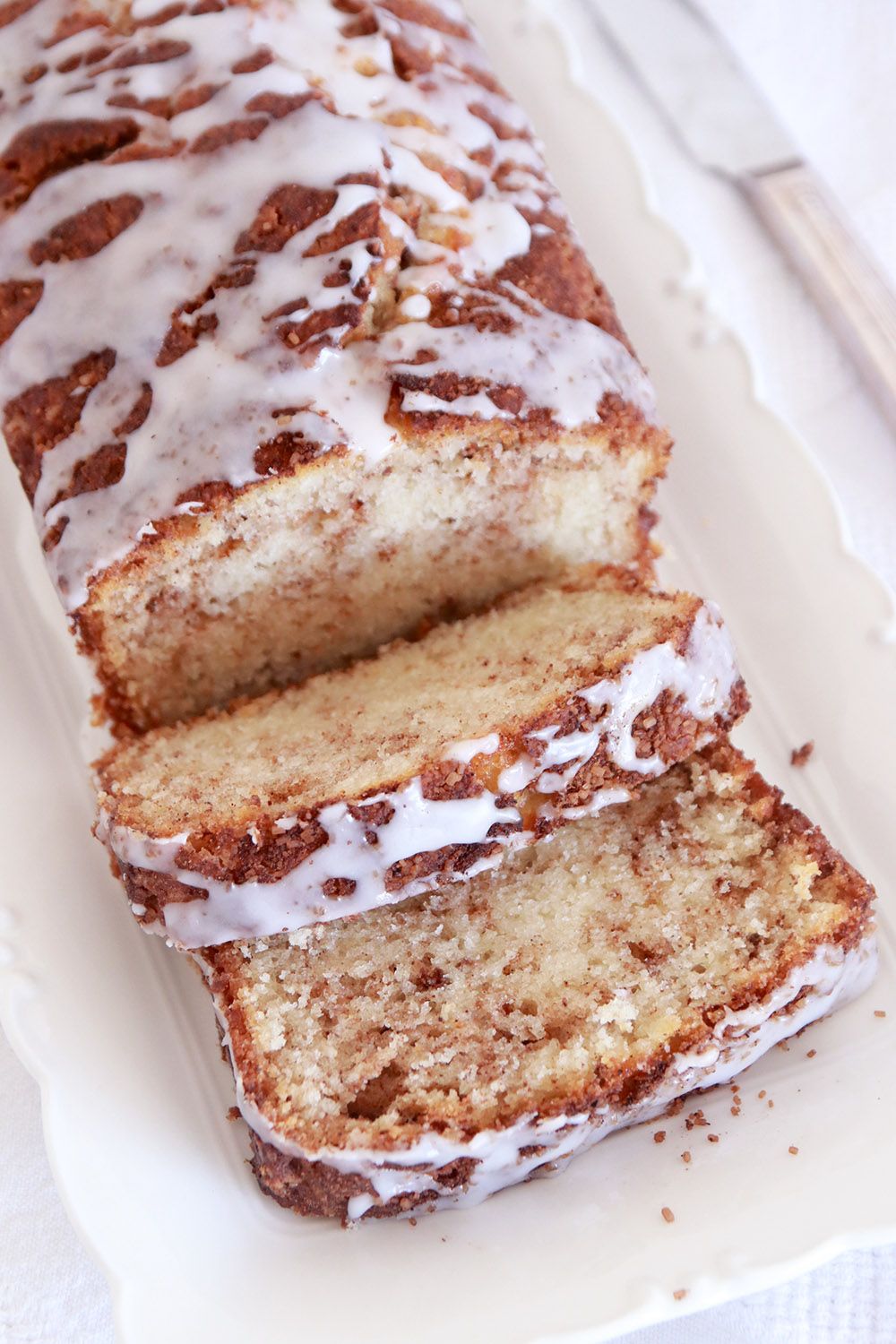 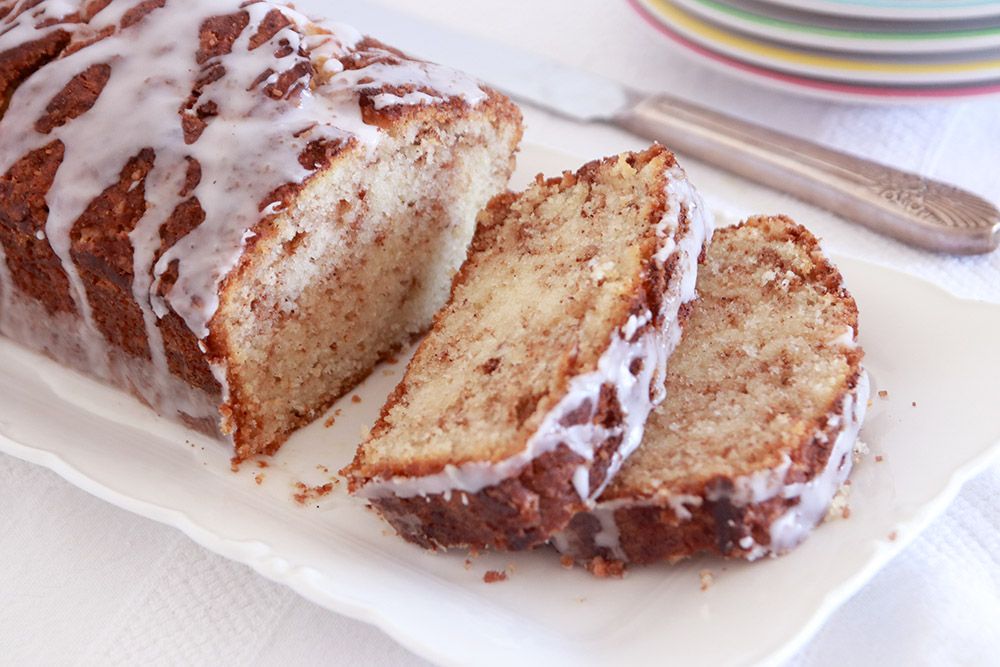