Homemade Baklava with Nuts and Honey 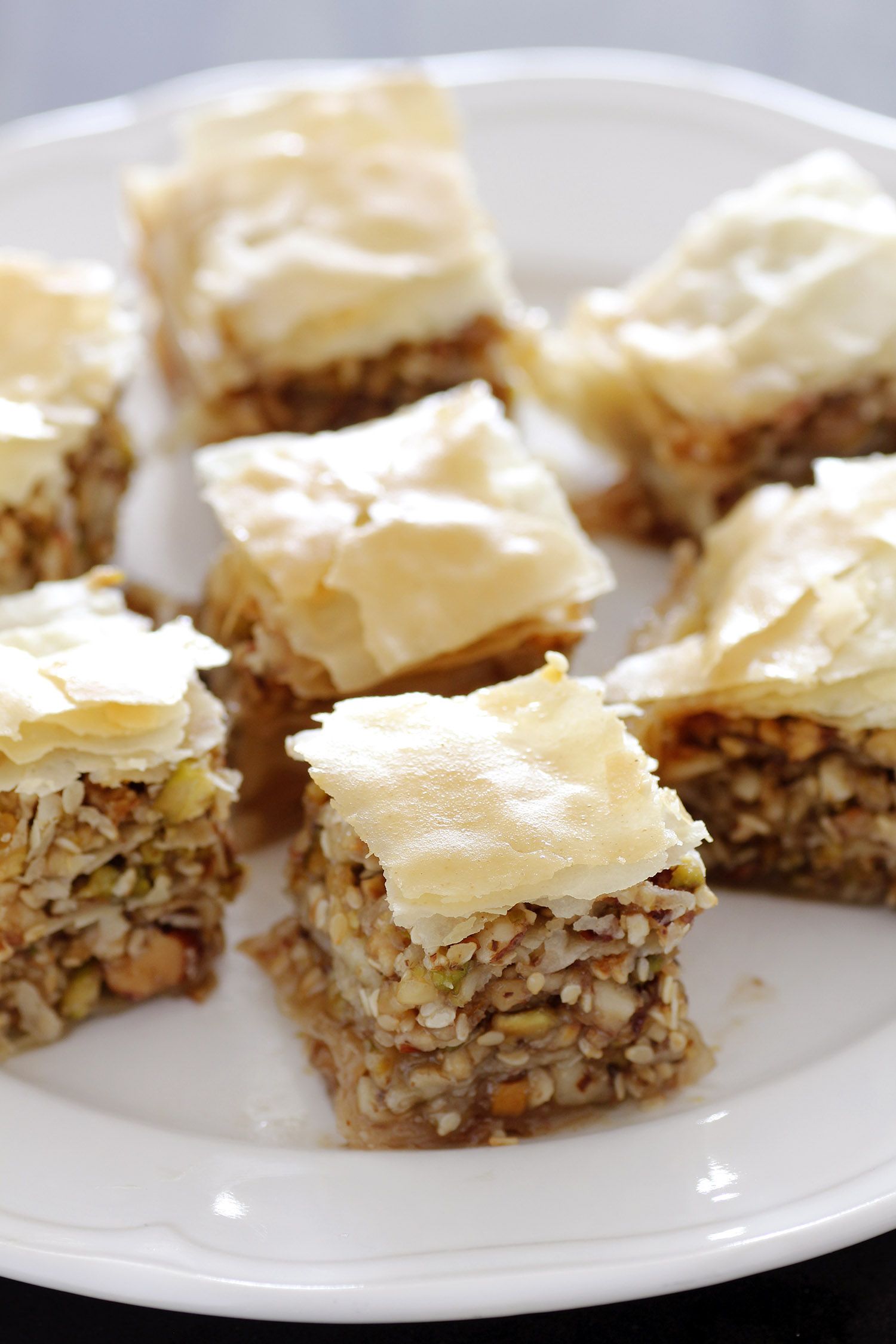 The truth is that as a little girl I really couldn’t stand Oriental desserts and sweets such as Baklava or Kadaif. The main reason was because I simply didn’t like nuts at all, and would take out nus from any dessert I was served. So lucky I matured and expanded my horizons in the tastes and flavors departments.

These days I really like desserts with nuts, and in general – nuts and almonds are my favorite kind of snacks daily. Oriental cuisine and Arab desserts have also become a true favorite of mine, and whenever I get the chance, I make these kinds of desserts.

A few months ago, Assaf found an old Moroccan cookbook and we decided to try some recipes out of it. One of the recipes that caught our eyes was baklava. Although it’s a very easy to make dessert, I never got to make baklava at home before, and when I saw the recipe I told him we simply have to try it first and foremost. This baklava is made of layers of phyllo dough filled with lots of nuts, sesame and honey with cinnamon scent. In the end it turns into beautiful sweet squares of pleasure to serve alongside a cup of tea. 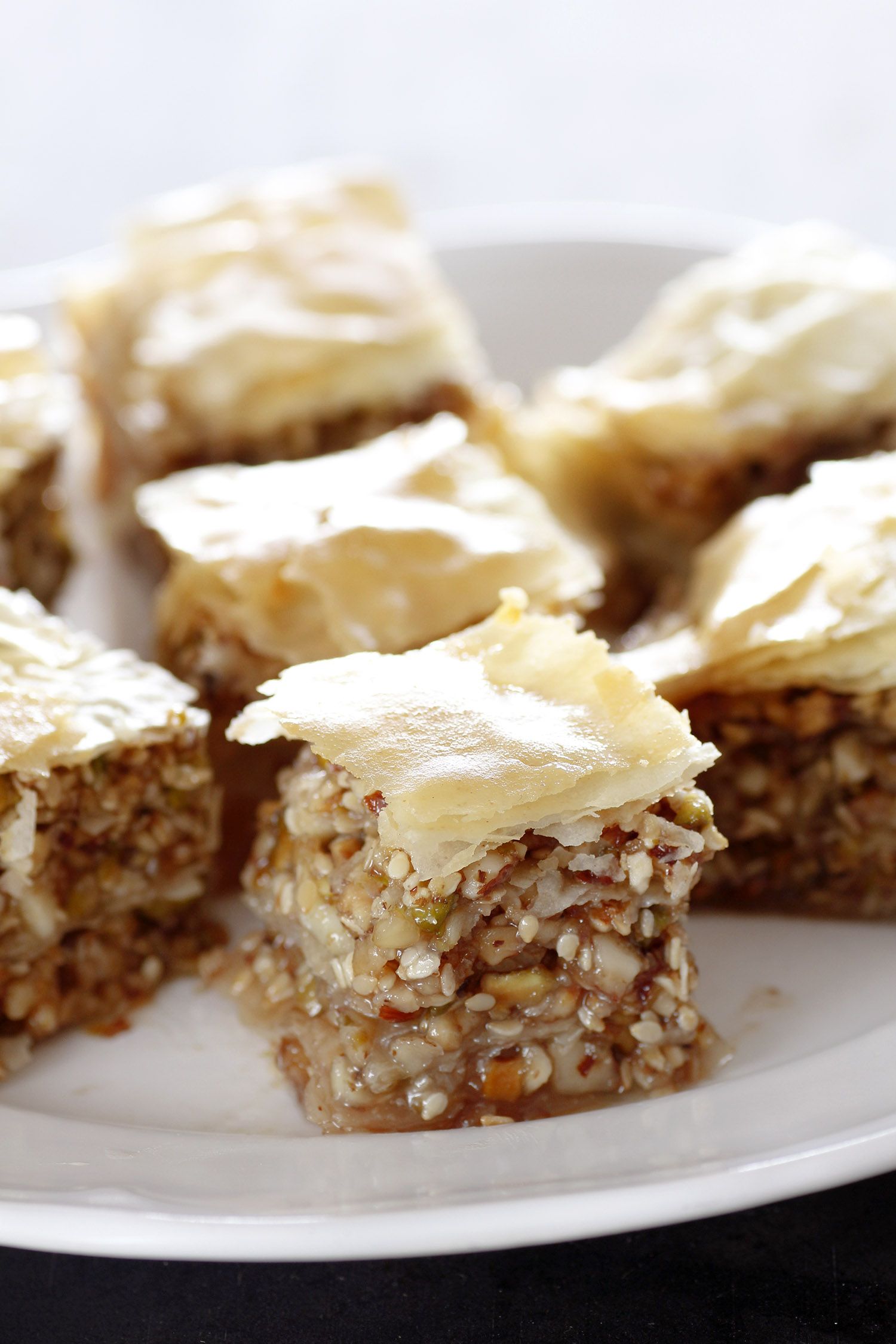 Homemade Baklava with Nuts and Honey

Based on a recipe from the book "Moroccan Cooking" by Rivka Levy Malul with our changes and adaptations.
Servings 1 20*30 cm square cake pan
Author Natalie 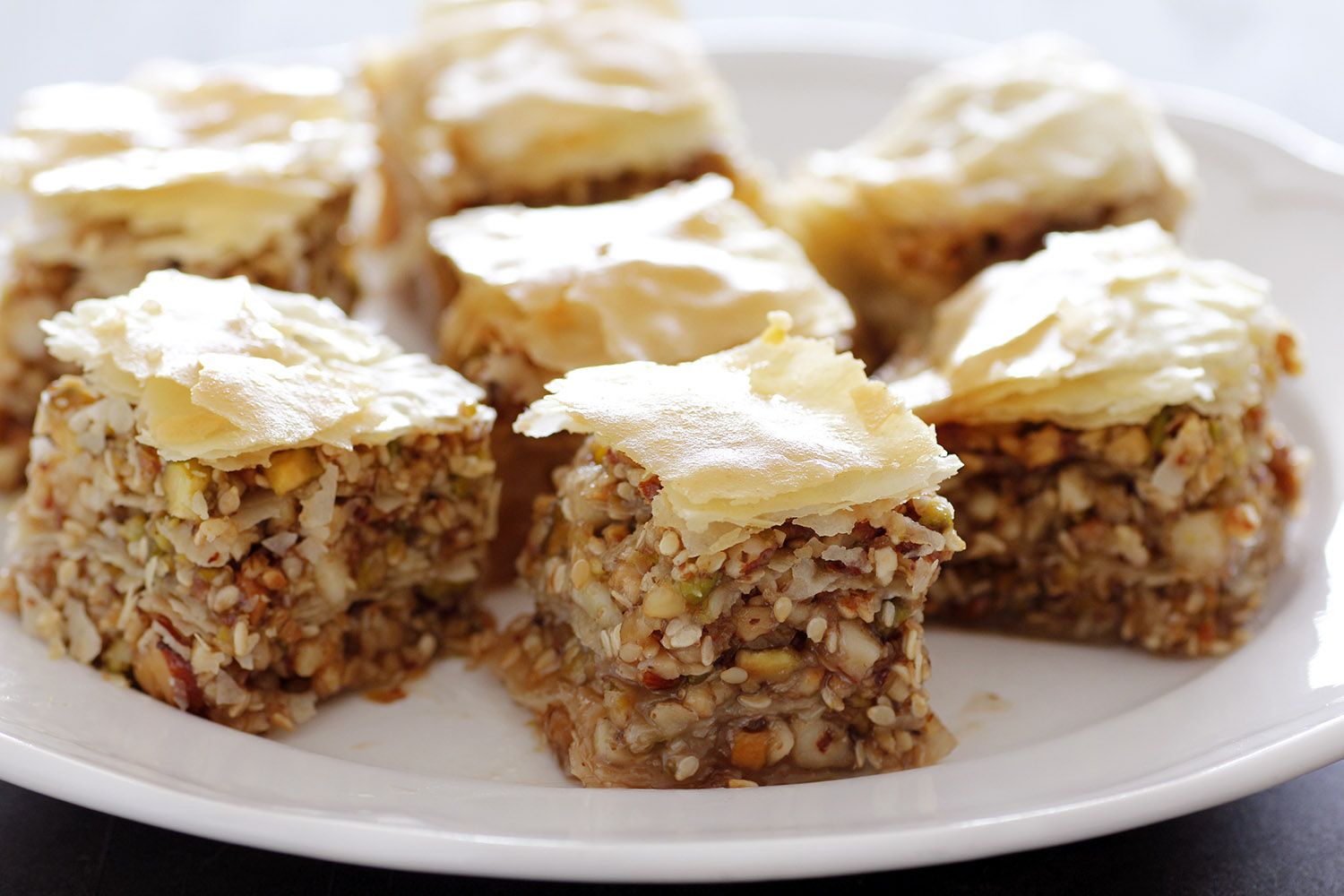